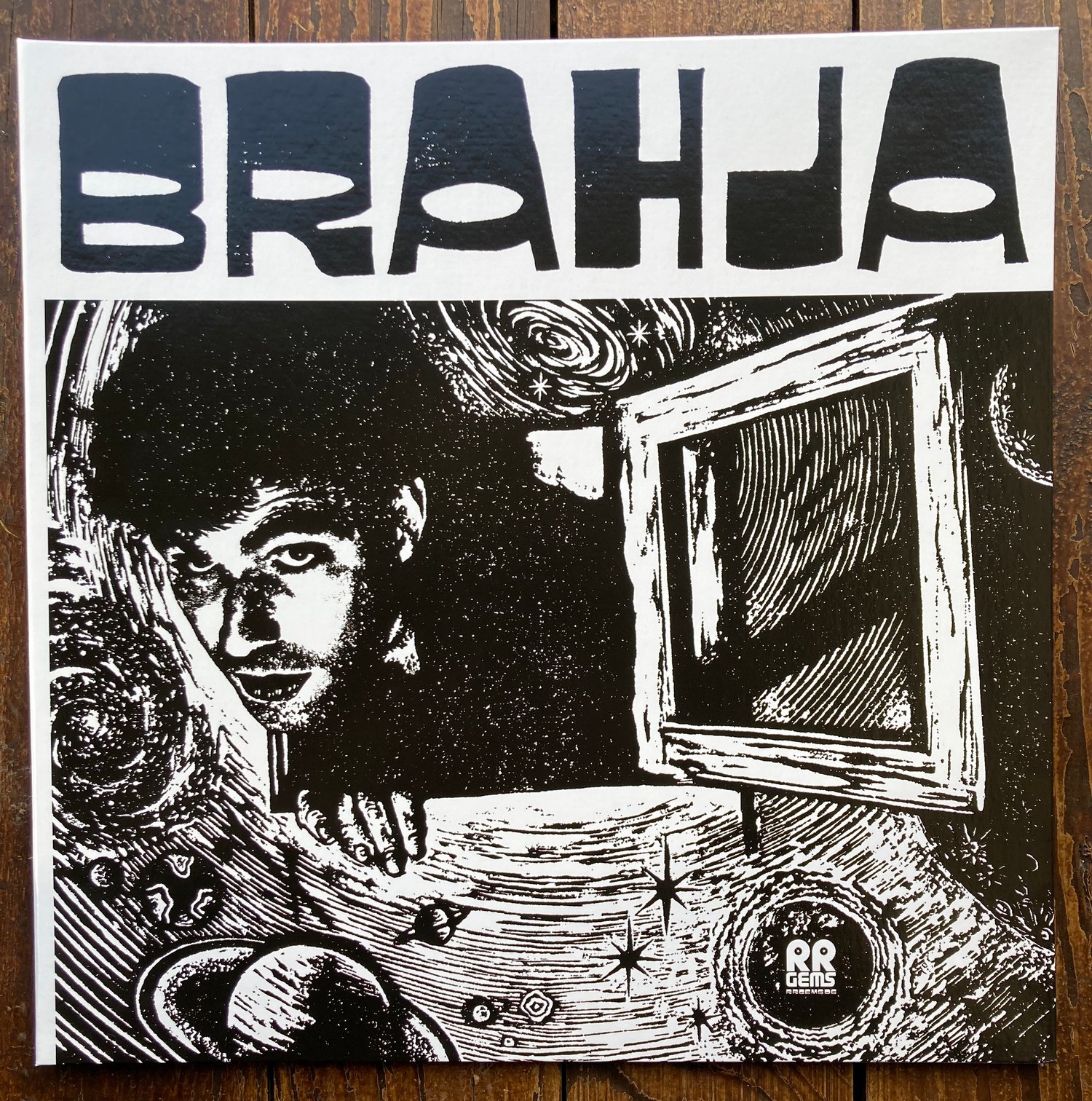 Woodblock printing album artwork by RYOCK. Her woodcuts are extrapolated from front and back cover photography by Isaac Rosenthal, from front cover typography by Hanz Mambo, from interior photos by No Land, Thomas Sayers Ellis, Mazen Kerbaj and Simon DesRochers. And from gatefold layout by Jason McLean. Lettering and word design on back cover by COREY J. of The Veazies. Layout by Ilja Tulit.

BRAHJA is a new album of a band by the same name. We've been playing, in one form or another, since 2008. In this current incarnation, BRAHJA is made up of 10 musicians coming out of Montreal, New York City, Washington D.C. and Chicago, respectively. Core members — Damon Shadrach Hankoff, Isis Giraldo, Martin Heslop, Daniel Gelinas & I — toured throughout the US and Canada in 2015 & 16, oftentimes picking up a special guest in whichever city: a concept we called "Everybody's In The Band Tour." Luke Stewart, Anais Maviel, Margaret Morris, Sam Shalabi & Daniel Carter — all featured on this album — is an all star sample of the extended family which came from this process. I spent a year and some change composing the music for the album; and in the spring of 2017 we began recording in a former church in rural Quebec that Daniel Gelinas had converted into a studio. Back in NYC, where I live, additional layers were added to the recordings. Being my first trial with mixing, I realized a year into it that I had layered more sounds than I could even hear. So as I peeled away at the layers, eliminating some sounds and carving out a space for the rest, I learned to hear it all. These songs mostly deal with the purging of uninvited darkness. Some kind of cure for some kind of poison. Some kind of death for some kind of renewal.

I hope you can derive meaning and joy from this music.
With sincere gratitude,
Devin Brahja Waldman