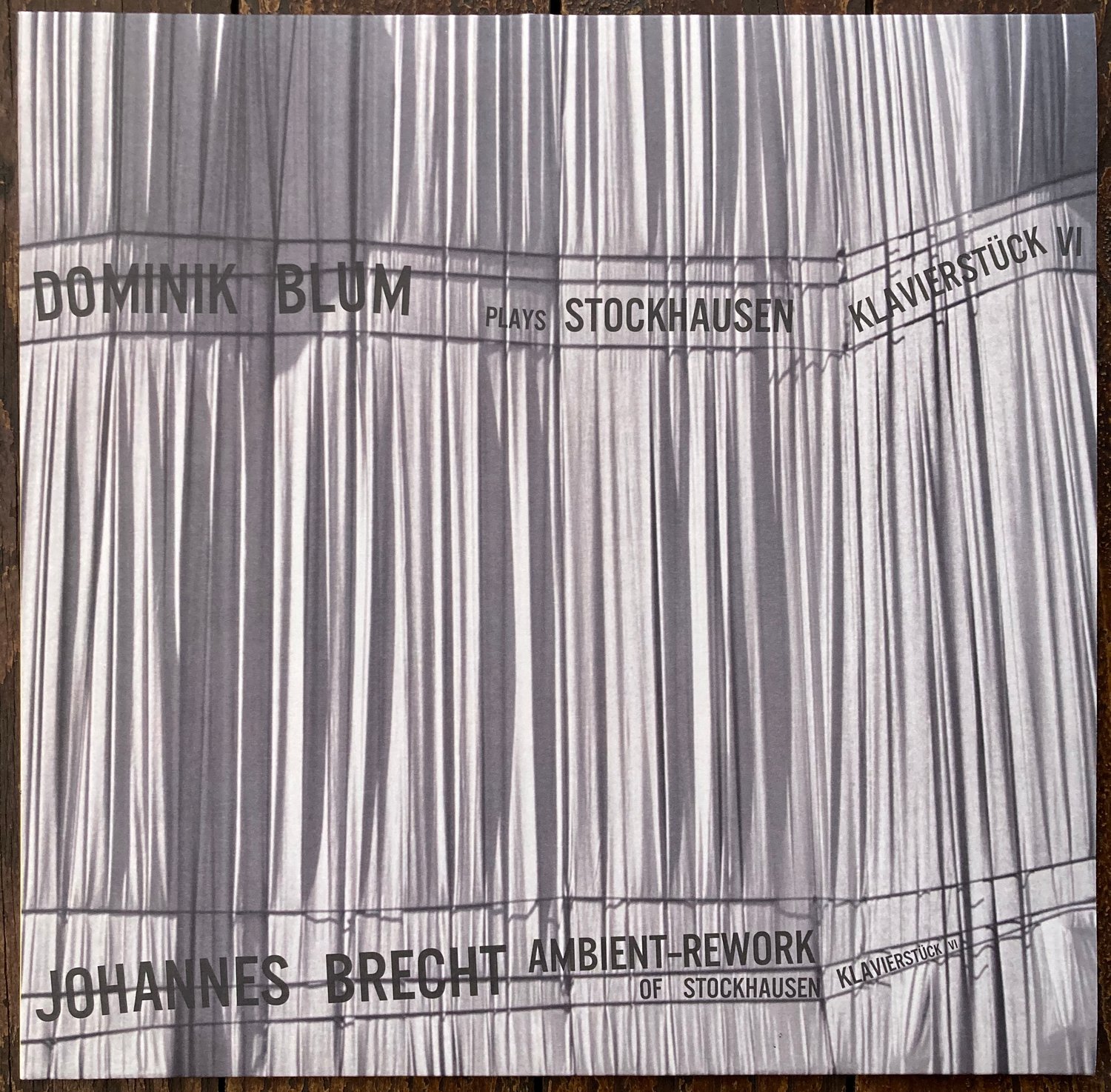 This is Plaist's first release which breaks with music conventions. It is a dialogue between two established artists, each masters in their own field, about Karlheinz Stockhausen one of the greatest composers of the 20th century. The appeal of this recording is its discursive nature. Instead of an album with simply a single adaptation of music, it contains Dominik Blums interpretation of Stockhausen VI as well as Johannes Brecht's ambient rework of the piece. Both form a conversation piece about music.