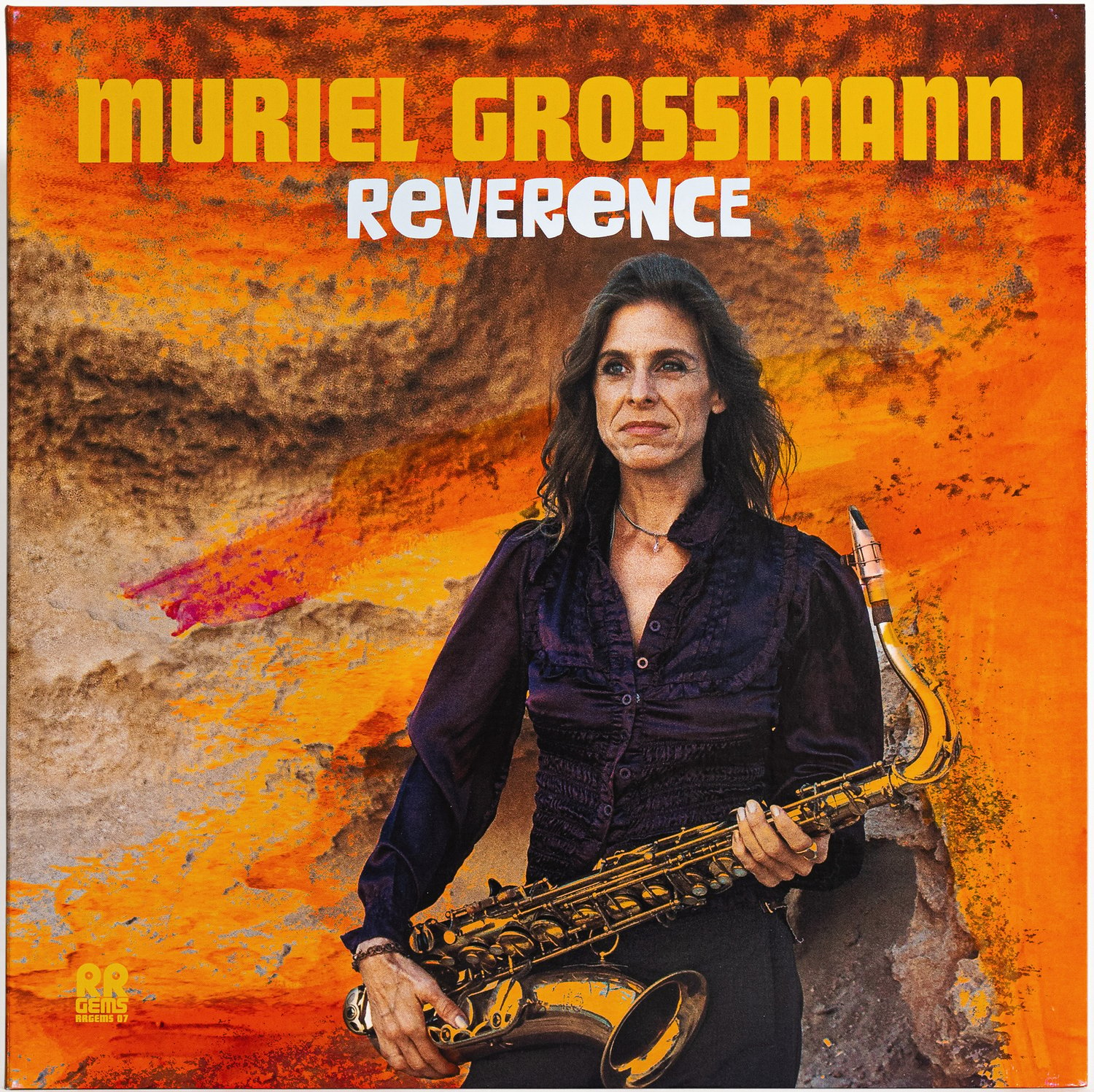 'The island of Ibiza lies in the Mediterranean between Europe and Africa and has been a meeting place of peoples, cultures, languages and music for ages. Muriel Grossmann, who was born in Paris and grew up in Austria, moved to Ibiza in 2004 and there she began to record some of the most exciting and innovative jazz of the new millennium. It is no surprise that with her latest album she turns to the wellspring of Africa, offering eight compositions, exploring the essence of polyrhythm in a personal and committed way. As Grossmann says, ‘What jazz and African music have in common and what makes it so unique is that at its very core, as the strongest part of its foundation, each musician is dealing with a particular rhythm that contributes to the whole, therefore generating multidirectional rhythms also known as polyrhythm’. This album is a gesture of acknowledgement, thanksgiving and reverence for the musical traditions that Africa has given jazz.

‘Reverence’ sees the same quartet that performed on Grossmann’s previous three releases transform into a quintet. On this album, Grossmann plays alto, soprano and tenor saxophones, Radomir Milojkovic is on guitars, Gina Schwarz on bass, Uros Stamenkovic on drums, and they are joined by Llorenç Barceló on Hammond. The colours and textures of the Hammond B3 organ are a perfect addition to the sounds of this already tightly aligned group, providing everything from cosmic swirls and chirped percussion to brilliant solos of exploration...

...Make no mistake: the music you will experience on ‘Reverence’ is not African; it is deeply spiritual jazz from the edge of Europe that gives thanks to Africa for its knowledge, its wisdom, its beauty. And we now, in turn, give thanks for these beautiful sounds.' by Michael Jacklin in conversation with Muriel Grossmann